Much like the bad guy in a slasher film, author Grady Hendrix had one book idea that just kept coming back. He wanted to take on the horror movie trope of the final girl — the last character standing at the end of the flick — and bring it into the real world. Seven years later, and The Final Girl Support Group drops on July 13th.

Hendrix, the author of 2020’s New York Times bestseller The Southern Book Club’s Guide to Slaying Vampires, finished his first draft of what would become Final Girl in 2014, only to be turned down by his editor when thriller writer Riley Sager announced his own take on horror movie survivalism, 2017’s Final Girls. “It was frustrating, but I got it,” Hendrix tells Rolling Stone. “So I just stuck it into a digital drawer until my manager asked if I had anything written [a few years later]. I showed him Final Girls and he’s like, ‘I can sell this. If you get this up to speed, I can sell it.’”

Last August, while staying with family in South Carolina during the pandemic, Hendrix set about reworking the book in his mother’s all-orange guest room, and ended up throwing out the second half of the manuscript entirely. “I’m kind of glad it didn’t sell earlier because I don’t think it was the book it needed to be,” he says. “And this is going to sound so ridiculous, but I always knew what the last paragraph of this was going to be and I never was getting there. I was sticking the landing, but I was sticking a C-minus landing.”

The resulting book takes place in a reality in which slashers are real and each gets their own corresponding horror movie franchise. Meanwhile, the lone women who survived their massacres (yes, plural, because there’s always a sequel) form a therapy group where they discuss their trauma — or, more often than not, fight. When final girls start dying, though, main character Lynnette Tarkington (a paranoid agoraphobe whose only friend is a houseplant) sets out to save her fellow survivors.

Rolling Stone spoke with Hendrix about slashers, final girls, and why finding entertainment in the murder of women is more than a little messed up.

Did you read any of the other final girls books before writing?

I didn’t look at any other final girls stuff until I was doing this final draft, because by then the book is set. I didn’t want someone else’s ideas to influence me. I knew that final girls were always being treated as this horror icon when I was like, “Well, what if you treated them like real people?” One of the things I had to get a hold of is to stop thinking of them as final girls and start thinking about them as just women, you know, and human beings.

I was curious if you’d seen the 2018 Halloween, where Laurie Strode becomes an intense survivalist after her dealings with Michael Myers. She reminds me of your main character.

No. And you know what? I put off seeing that until after I turned in the manuscript, my treat. I really liked it, actually. One of the things I loved about it were the little moments. There was something so human about rounding out the background characters who were just there to get stabbed.

I was kind of happy to see that, because it’s something that I tried to do in the book, too. I kept looking up slasher movies — character lists and things like that — and what really struck me was how often characters names were just a first name with no last name. Or it was just like “security guard,” you know, “crazy old man.” And I’m like, “But in real life, these are actual human beings.”

What’s the scariest thing about slashers, in your opinion?
There’s always a sequel. It always freaked me out. One of the first slashers ever on my radar was back in ’81, Friday the 13th Part Two. It always freaked me out that Adrienne King survives the first movie, which I hadn’t seen — I wasn’t allowed to see R-rated movies, but I read about it Fangoria — but she gets killed at the beginning of the second.

Do you have a favorite final girl or slasher?

I love, love, love Black Christmas — its Canadianness; I’m married to a Canadian. I find its Canadianness and Christmas yuletide cheer really comforting. I love Olivia Hussey’s sweaters. Margo Kidder is so off-the-hook great. And it’s got a legitimately terrifying killer. But in terms of final girls, I gotta say, I love Alice Johnson from Nightmare four and five. She gets a great arc to go from sort of mousy, browbeaten kid to having the best gearing-up scene in all of slasherdom — and her brother fights Freddy in a dream dojo. 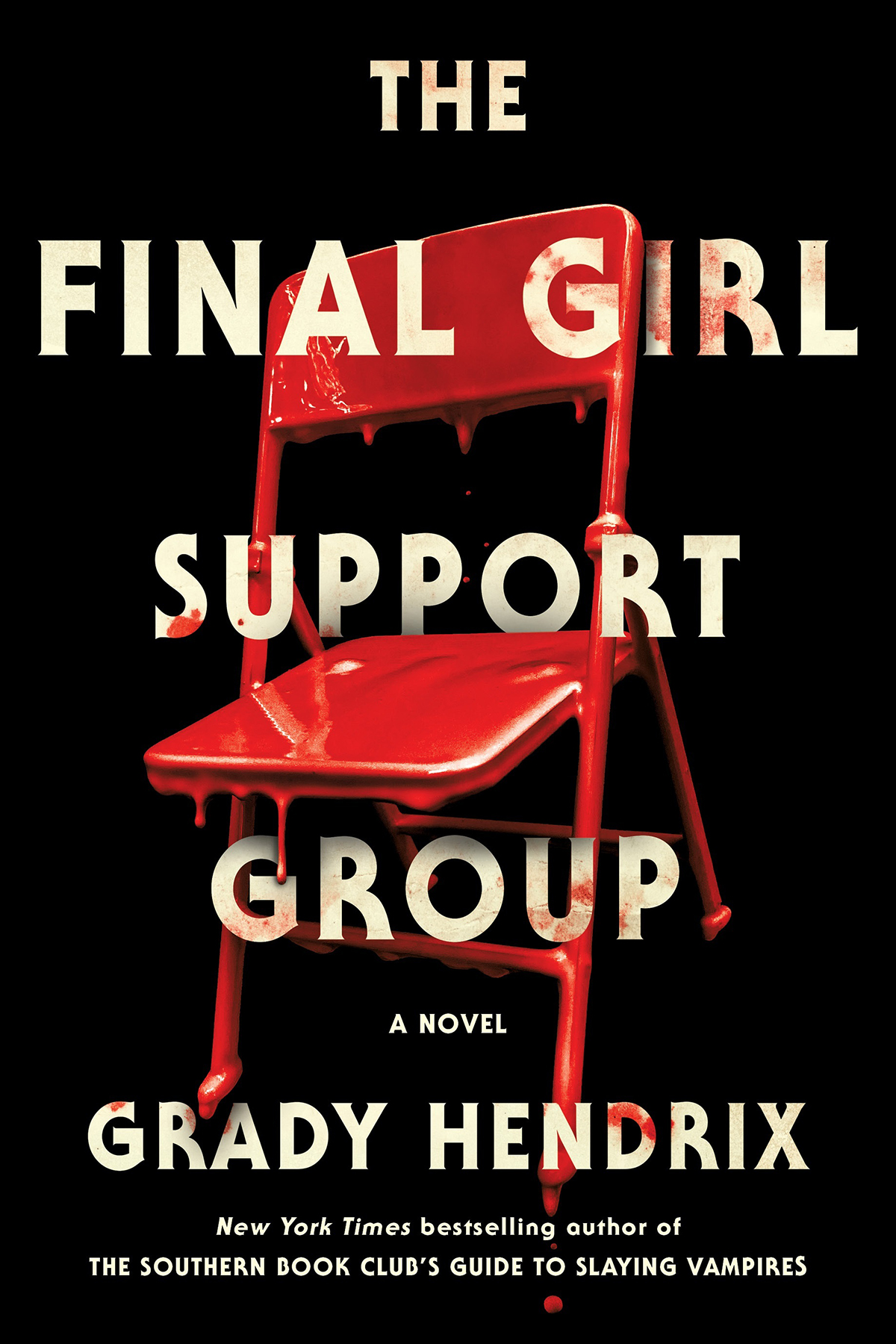 What do you want to say with this book about slashers?

What I really wanted to figure out — because all my books, I’ve got a question that I really am trying to answer — and with this one…. I’ve been watching women get killed for fun for like a little over 40 years. I mean, people get killed for fun, but often women. And I was kind of like, “That’s weird, man, what’s wrong with me? What does that say about me?”

I like a bleak ending as much as the next person, but the ones I came back to were the ones who the people who survived at the end and lived. For me, a lot of this [the book] was, “You can get through this. You’re gonna walk away with pieces missing, you’re gonna walk away with scars, but whatever it is, you can live through it. You just have to run a little faster and further and give up a little later than everyone else around you.”

Your book is a more realistic view of the slasher. Why did you choose to go that route?

It’s funny when the slasher thing took off in the early Eighties, they were really aimed at teenagers, right? … When you start getting into the later slashers, they get really goofy. I mean, Freddy [Krueger] eating a pizza with screaming faces on it. Everything just kept getting younger and younger. And by the end of the Eighties, you had people putting out middle-grade books starring Freddy and Jason aimed at teen and seventh-grade readers. And it was a really weird thing. You were selling this insanely violent narrative in a really kid-friendly way.

The thing that always gives me pause is there’s this idea that because a lot of these movies were made in the Eighties and a lot of people like me grew up in the Eighties, these movies now are comforting and nostalgic. But, you know, a guy with a weapon moving very methodically through a campground or a school or a college dorm and killing everyone… that’s not beyond the bounds of reason. That is the modern-day, real-life horror scenario. I was like, “Oh my God, that’s the same thing. So why is one of these funny and one of them terrifying?”

Maybe because slashers don’t use guns? They’re killing in really elaborate, unrealistic ways. Not to give too much away, but is that why you gave one of your bad guys an arsenal of automatic weapons?

Yeah. One thing that was really important to me with this book was that a gun never gets used that works — except by the killers. I hate this image of some bad-ass chick in a torn-off muscle shirt with a gun mowing people down. That image says a lot more to me about sweaty teenage boys and what they want to see than the women I see who actually do strong stuff in real life. I’m making generalizations, but [with women], it’s about forming networks. Having each other’s backs.

Will Final Girl have a sequel?

No. You know, there are so many books I need to write. I didn’t publish a book until I was after 40, so, for me, there’s always a killer behind me with a six-foot chainsaw. If I slow down and type slower, there’s going to be like a Grady-flavored pile of giblets, the headstone reading, “Should have tried harder.”

This interview has been edited for length and clarity.

The Rise and Fall of the Proud Boys

Is This Giant Hydroponic Greenhouse in Kentucky the Future of Farming?