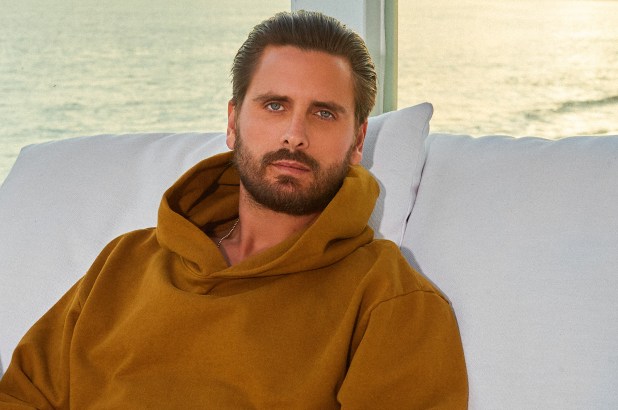 Scott Disick is getting into the beauty business, having joined In Common Beauty as a partner.
Scott Disick, In Common Partner

Scott Disick’s been stealing scenes on “Keeping Up With the Kardashians” for a decade and a half — and during his time on the reality show, he picked up some invaluable advice from his famous family.

“The one thing I would say I learned from the girls is to always look your best, because there is a high probability that someone is going to take your picture no matter where you’re at,” the 38-year-old entrepreneur told Page Six Style.

These days, Disick stays camera-ready with the help of a “pretty simple” skincare routine — “I just wash my face in the morning and before I go to bed with Dove soap, and I also use Neutrogena moisturizer,” he shared — and hair products from In Common Beauty, which he joined earlier this year as a partner.

“Because of the success of my clothing brand, Talentless, I thought it was time to expand and get into something different,” he said. “I wanted to do something that appealed to both men and women, and hair just seemed like a no-brainer.”

In Common was founded by celebrity hairstylists Nikki Lee and Riawna Capri, co-owners of West Hollywood salon Nine Zero One; the pair have worked with Selena Gomez, Hilary Duff, Emma Roberts, Kate Hudson and many more.

Disick, for his part, has been switching up his signature dark, slicked-back ‘do over the past year. After going platinum blond in February, he tried out a bright pink mohawk in March. And this summer, he’s been rocking a a shaved head while out and about with his girlfriend, Amelia Hamlin.

“I wanted to have fun, since last year I just stayed at home like everyone else,” the star told us.

“I went to Miami and hung out with my friend Maluma, and he always has the best hair — so he gave me the inspiration to try and experiment, and it’s been a lot of fun.”

The Best Celebrity Halloween Costumes of 2019

Best foundation 2021: 20 formulas for perfect coverage and every skin type