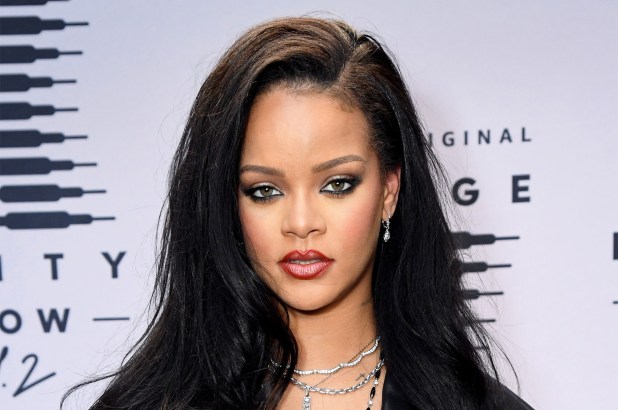 Rihanna is letting the world know that she smells great amid the stink-versus-shower debate.
Getty Images for Savage X Fenty

Amid a stinker of a debate about showering habits, Rihanna has breaking news: She smells great.

The self-made billionaire seemingly took a stance in the shower vs. no shower debate on Monday, sharing a video on social media of celebrities gushing over her scent — and they’re not even talking her new Fenty perfume.

The 33-year-old shared proof of her olfactory success via a montage of stars such as Jennifer Lawrence and Cardi B being asked their thoughts on Rihanna and offering that she “smells so good.” Lil Nas X, Jim Parsons and beauty blogger NikkieTutorials even declare that the “Hard” singer smells “like heaven.”

While Ri has given a whiff of her personal scent, so have other celebrities recently, like Jake Gyllenhaal, who revealed he doesn’t believe daily bathing is necessary. And he’s not the only one: Ashton Kutcher and Mila Kunis said they didn’t bathe their children when they were toddlers until they saw dirt on them, while Kristen Bell and Dax Shepard agreed and continue the practice with their kids. Jason Momoa, reasonably, is pro shower: “I’m Aquaman. I’m in the f–king water,” he said Monday.

Rihanna launched her first Fenty fragrance, Fenty Eau de Parfum, on Tuesday. Within just hours of its debut, the scent had sold out.

The Barbados-born crooner celebrated her launch in pure billionaire style, sharing an Instagram post of herself relaxing in bed while eating a big bowl of caviar. “How I woke up after #FENTYPARFUM sold out this morning!!!” Rihanna captioned the snap. The “Ocean’s 8” star wore a black hoodie and sunglasses in the pic. “And that’s on [caviar] for breakfast,” Rihanna’s makeup artist Priscilla Ono commented.

The new spritz is “spicy and sweet all at once,” according to the its press release, and it’s inspired by Rihanna’s favorite cities, including Bridgetown, Barbados; Grasse, France; and New York City, Paris and Los Angeles. When fans get a whiff of the scent, they’ll smell the layers of magnolia, musk, tangerine, blueberry, Bulgarian rose absolute, geranium and patchouli.

RiRi previously released several perfumes, including Reb’l Fleur, Rogue and Nude, but this is the first scent released from her own beauty brand. Sign up for the waitlist and you can get a bottle for $120 exclusively at FentyBeauty.com.

“That’s the thing I love the most,” Rihanna shared in a statement. “It’s an experience, it’s a memory, encapsulated into a fragrance. One smell, you’ll never forget it.”

Bob Daisley on His Years With Ozzy Osbourne, Rainbow, Black Sabbath, and Dio

Coldplay Dance Through a Dystopia in New ‘Higher Power’ Video