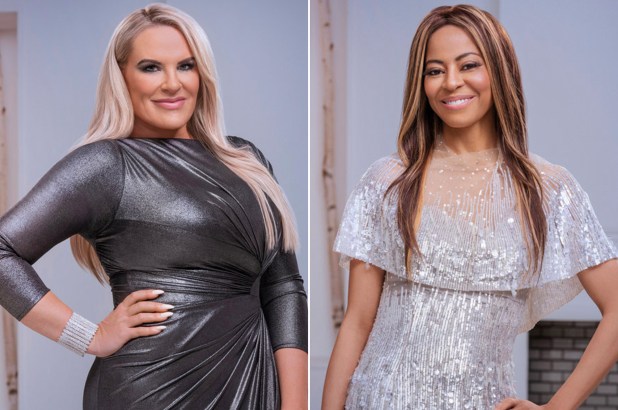 Salt Lake City may be cold, but the drama is heating up.

Cosby, 48, captioned the post, “If you want my Truth ask me! I never did anything to #heather.. She’s a #karen if your not [sic] African American then you will not know! I speak Truth! I don’t tolerate haters! I would have never said anything if she would have #keepyourmouthshut.”

While a source told Page Six that Cosby’s post has nothing to do with drama on “Real Housewives of Salt Lake City,” the first lady of the Faith Temple Pentecostal Church has been on the other end of a race-related scandal before.

At the Season 1 “RHOSLC” reunion, Cosby denied saying that she was scared of black men who hang out at 7-Eleven, proclaiming, “I’m black. My son is black.”

Cosby, who is married to her step-grandfather Robert Cosby Sr., said at another point in the reunion that black guys are “not my taste.”

She later affirmed, “I need to improve on the way I convey things. … The way I say things can come across [as] offensive. I think all colors of black are beautiful, and I’m proud of it, and I’m proud of my culture.”

The reunion also saw Gay’s friend Jen Shah accuse her and their co-star Whitney Rose of utilizing their “white privilege.”

Gay has not spoken out about Cosby’s post yet, and her rep didn’t immediately get back to us.

A Guide to Big Ed’s ’90 Day Fiance’ Seasons: How Many, Where to Stream and More!

Here’s Kit Harington Singing Train’s ‘Drops Of Jupiter’ On ‘The Tonight Show With Jimmy Fallon,’ If You Need It