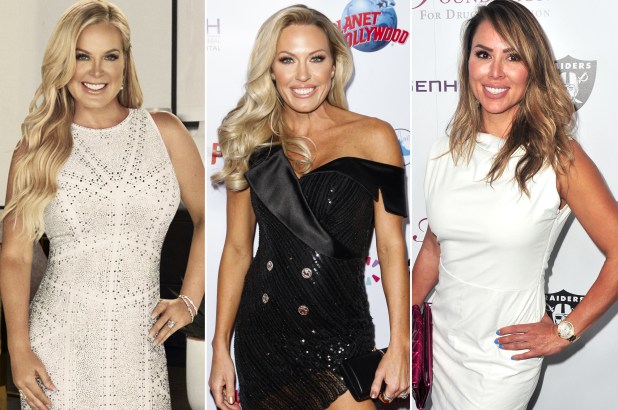 Kelly Dodd, Braunwyn Windham-Burke and Elizabeth Lyn Vargas spoke out after news broke that they will not be returning to “The Real Housewives of Orange County” for Season 16.

Dodd — who has been part of the show since 2016 but sparked fan outrage in recent times after a myriad of controversial moves — told her Twitter followers that her five years on the series have been “amazing.”

“The next five years will be even better,” she tweeted. “I am so grateful for all the love and support and so excited about the future.”

Bravo fans had been calling for Dodd’s departure following her much-maligned comments about the COVID-19 pandemic, including quip that it was “God’s way of thinning the herd” — which she later apologized for. She also drew the ire of Bravo fandom after wearing a hat with the slogan “Drunk Wives Matter,” which many believed poked fun at the Black Lives Matter movement.

Newcomer Vargas also thanked fans for their support as she reflected on her first and only season on “RHOC,” which aired this past year.

“COVID 2020 was a very unfortunate and tough year for all of us during filming but we made it happen and I’m very proud of what we accomplished as a team,” Vargas wrote on Instagram. “Despite filming during COVID and not really getting to know all the ladies fully, this past year has been the most extraordinary, amazing and beautiful experience of my life. I am so proud of the work we have done and the friendships we were able to build.”

Windham-Burke, who had been part of the Bravo franchise since 2019, told People that while she is “incredibly sad” to leave the show, she is focused on the next chapter of her life.

“I’m incredibly sad to not be able to come back to ‘The Real Housewives of Orange County’ next year. I loved every moment of being a ‘Housewife,’ and am so proud of my time on the show — the good, the bad, and the in-between. It feels revolutionary to say, but I was able to get sober and stay sober on reality TV,” she shared.

Windham-Burke celebrated one year of sobriety in January. During the Season 15 premiere, which aired in October, the mother of seven revealed that she is an alcoholic.

In late 2020, Windham-Burke also opened up about another chapter of her story, telling the world that she is gay.

“And I came out, becoming the first gay Housewife in the franchise’s history,” Windham-Burke told People. “What an incredible honor to look back upon, especially during Pride Month.”

For the upcoming “RHOC” season, Shannon Beador, Emily Simpson and Gina Kirschenheiter are all slated to return. Former star Heather Dubrow, who hasn’t been on the Bravo show in a few years, is also slated to make a comeback.

Sources told Page Six that two newcomers will round out the cast, one of whom is an “unknown” wealthy black woman.

What is Olaplex and can it really transform hair? (Spoiler alert: yes it can)