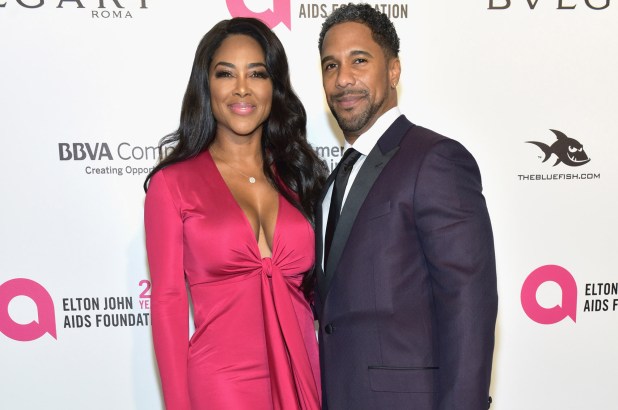 It’s over for Kenya Moore and Marc Daly.

The “Real Housewives of Atlanta” star, 50, filed for divorce from the Brooklyn restauranteur, also 50, in May, her rep told People Monday.

Moore requested sole physical and legal custody of their 2-year-old daughter, Brooklyn, per court documents obtained by RadarOnline. Daly agreed to give Moore primary physical custody in his own filing, the outlet reported.

The Bravolebrity also asked for their joint property to be equitably divided, according to the documents.

The case is ongoing.

Daly and Moore married in June 2017 and welcomed Brooklyn in November 2018.

Their marriage was rocky from the start though, and they split in September 2019.

“It is with profound sadness that I regret to inform my fans that I am divorcing my husband, Marc Daly,” the reality star said at the time. “Due to recent and ongoing circumstances, I can no longer continue in the marriage. My sole concern and focus is and will always be my daughter, Brooklyn, my miracle baby. She was made in love and true commitment. I ask for our privacy to be respected moving forward.”

They got back together shortly after, with Moore saying in a “Watch What Happens Live with Andy Cohen” appearance, “We’re actually getting along better than we’ve gotten along probably shortly after we got married. I mean it’s just been no arguments, no real fights or disagreements and he’s been really sweet and caring and thoughtful. It’s like, ‘Wow, you know, this is the man I’m married.’”

In February 2020, Moore said that they were in a “good place,” but Daly revealed that they had split again this January.

“After recently attending mediation, Kenya and I have agreed to end our marriage,” he said in a statement at the time. “I will always have great care for her and look forward to amicably continuing to co-parent our daughter, Brooklyn, with an abundance of love and wisdom.”

Moore said in her divorce filing in May that their marriage was “irretrievably broken” with no hope of reconciliation, per RadarOnline.

A rep for Moore didn’t immediately get back to us.