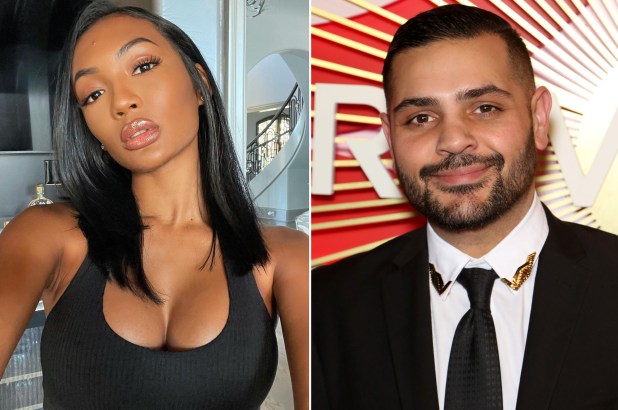 Michael Costello is once again under fire — this time from a “Real Housewife.”

The fashion designer made news on Monday when he alleged that Chrissy Teigen and her stylist, Monica Rose, bullied and blacklisted him in the industry in 2014, leaving him with “deep, unhealed trauma” and even suicidal thoughts.

Then, on Tuesday, pop star Leona Lewis claimed that Costello “humiliated” and “deeply hurt” her at a fashion show that same year, when he allegedly refused to dress her due to her size.

And on Thursday, “Real Housewives of Atlanta” star Falynn Guobadia came forward to claim that the “Project Runway” designer, 38, made her feel “uncomfortable and inadequate” when she was a young model.

“[Because] of this traumatic experience, unfortunately, it was the end of my pursuit to become a fashion model,” she wrote. 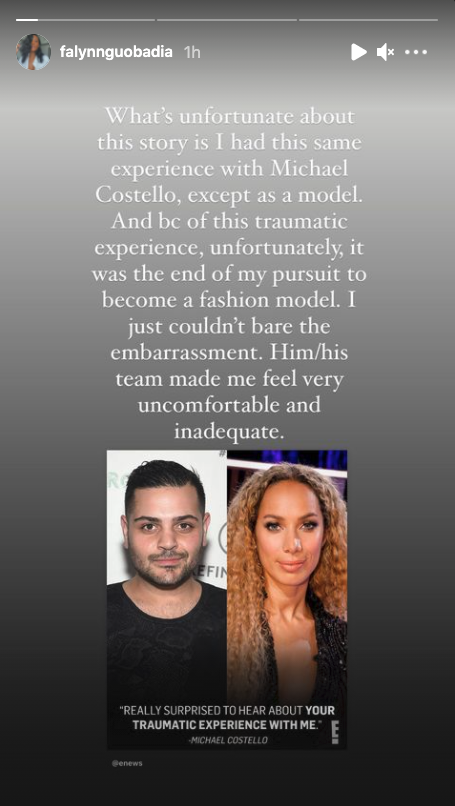 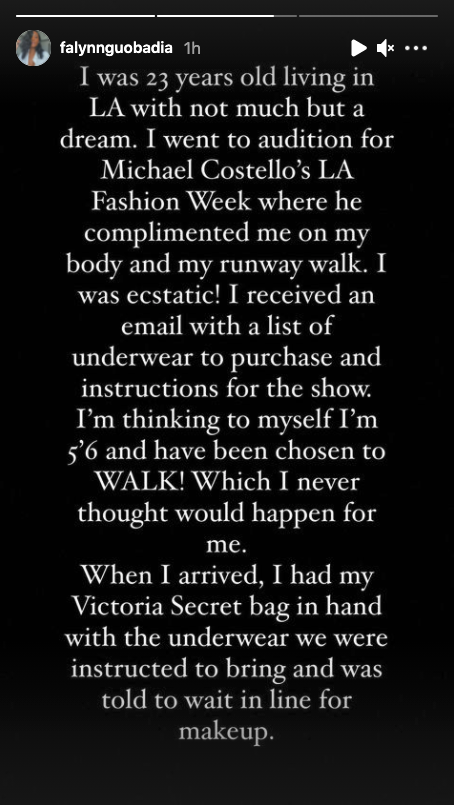 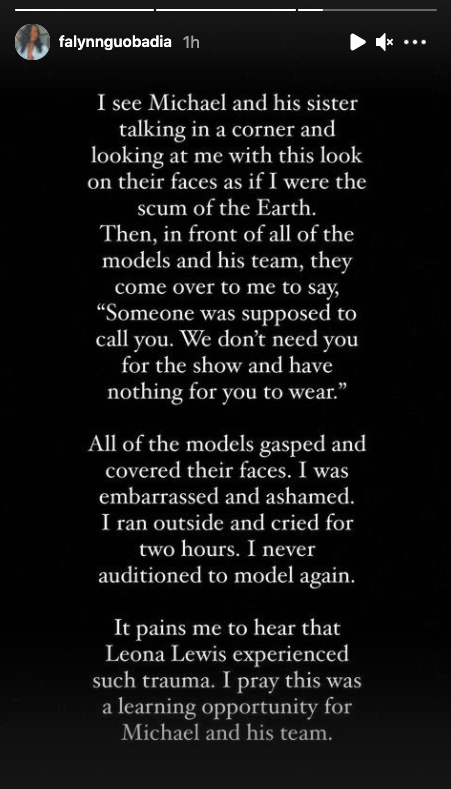 Guobadia said that she auditioned for Costello’s fashion show at LA Fashion Week when she was 23 years old, and was cast after the designer complimented her on her body and her runway walk.

But when she showed up on the day of the event, having bought the underwear Costello’s team requested, Guobadia alleged that she was suddenly shut out of the show.

“I see Michael and his sister talking in a corner and looking at me with this look on their faces as if I was the scum of the Earth,” she wrote. “Then, in front of all of the models and his team, they come over to me and say, ‘Someone was supposed to call you. We don’t need you for the show and have nothing for you to wear.’”

Continued the “RHOA” star, “All of the models gasped and covered their faces. I was embarrassed and ashamed. I ran outside and cried for two hours. I never auditioned to model again.”

Costello’s team did not immediately respond to Page Six Style’s request for comment.

He did, however, patch things up with Lewis, and is “still waiting” to hear from Teigen.

Susan Sarandon Protested AOC Outside Of Her Bronx Office For … Not Being Progressive Enough?

The 19 Romantic Destinations to Honeymoon in 2021

How Much Money Do the Roloffs Make? The Stars of ‘Little People, Big World’ Are Raking in Millions