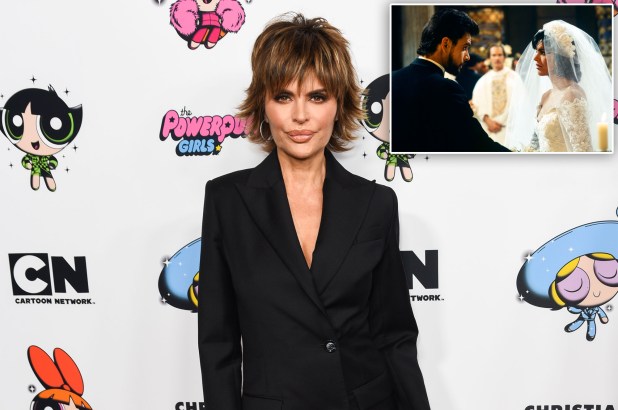 Lisa Rinna will revive her infamous character in a “Days of Our Lives” spinoff.
FilmMagic; NBCUniversal via Gett

Billie Reed is back on “Days of Our Lives” — but only for a limited time.

Lisa Rinna, known now for her television personality on “The Real Housewives of Beverly Hills,” will come out of her soap opera retirement for one last hurrah as her reprised role as Billie Reed.

NBC, which airs the legendary soap, announced the return of Rinna, 58, on Monday.

“Billie Reed is back,” Rinna wrote on Instagram to promote the limited series, “Days of Our Lives: Beyond Salem,” which will run on NBC’s streaming platform Peacock.

Rinna‘s return to the screen as her beloved fictional character marks the first time since she left the iconic show in 2018. The actress had been part of the “Days of Our Lives” cast on and off since 1992.

NBC released the plot of the miniseries ahead of Rinna’s comeback. “Over a long weekend, John and Marlena travel to Zurich; Ben and Ciara have a romantic getaway in New Orleans; Chad visits some old friends in Phoenix; and Abe, Paulina, Lani, and Eli vacation in Miami. All find themselves embroiled in a mystery involving stolen jewels which, in the wrong hands, could cause dire consequences for Salem. It’s a race against time for ISA agent Billie Reed as she crosses the globe in search of this missing treasure.”

The show revives other infamous fan favorites such as Drake Hogestyn as John Black and Deidre Hall as Dr. Marlena Evans.

Peacock has ordered five episodes of the limited series, yet another extension of the 1965 original “Days of Our Lives,” which has run more than 14,000 episodes since its debut.

Adam Driver and Joanne Tucker Welcomed a Baby in Secret, and Own a Dog Called Moose