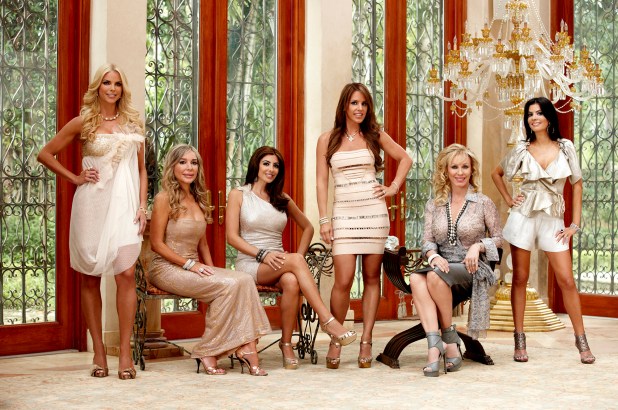 The “Real Housewives of Miami” are hitting a different beach.

We hear the cast of the upcoming Peacock series is filming in Montauk. “They’ve been shopping and enjoying the Hamptons,” says a source.

We’re told Larsa Pippen will also be holding an event there for her jewelry line, Larsa Marie.

While in the ritzy enclave, a source tells us the ladies will be staying at an $8 million manse near popular Gurney’s Resort, which they found through Nest Seekers International’s Sara Burack.

The three-story home has glass walls, a rooftop pool, a two-level garage, and 4,000 square feet of outdoor lounge and living areas, which will likely make it easy for the crew to navigate shooting.

Page Six exclusively revealed in January that the show would make a comeback on the NBC streaming service. It initially ran just three seasons, from 2011-2013.

Pippen has been officially confirmed for the show, but the rest of the cast has not been revealed.

But an insider told us in April that Patton, who clandestinely tied the knot in April, will most likely not be picked up as a full-time member of the cast.

We also reported in January that Phil Collins’ ex-wife Orianne Cevey and singer Paulina Rubio were being floated as potential members of the show.

From Tiny Tot to Cute Kid! Coco Austin and Ice-T’s Daughter Chanel Nicole Is All Grown Up: Photos