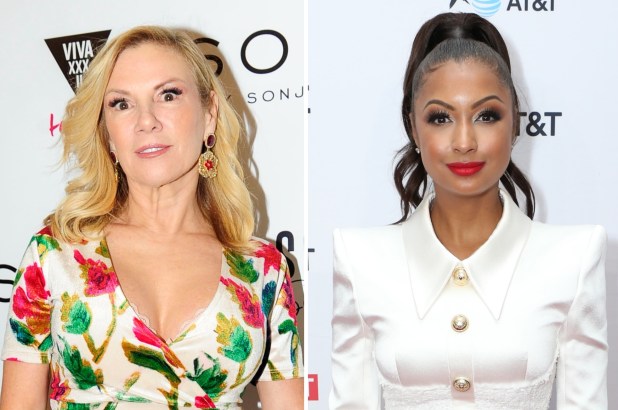 Ramona Singer is concerned Eboni K. Williams will accuse her of being racist during the ‘RHONY’ reunion in September.
Getty Images

Ramona Singer is concerned she’ll be called out as a bigot by “Real Housewives of New York” newbie Eboni K. Williams during the show’s upcoming reunion, making her hesitant to attend.

TMZ claims Singer, 64, approached producers about the possibility of her not attending due to Williams, 37, potentially attempting to paint her as a racist during the Bravo special, even asking if they can avoid the topic of race altogether.

Production reportedly refused, saying that’s something they would never consider. It would also be difficult to avoid the topic, as this is Williams’ — the first Black cast member of this franchise — first season.

Singer has reportedly accepted their decision and will still be in attendance, though she felt it important that producers were aware of her concerns ahead of the event.

Singer and Williams have clashed several times throughout the season, beginning when Singer referred to her house staff as “the help” in front of their fellow cast mates.

“Honey, nobody is the help,” Williams said in a confessional that episode. “It’s derogatory and it’s demeaning.”

The pair also butt heads when Williams attempted to talk politics with Singer, which she repeatedly stated makes her uncomfortable, calling Williams “preachy.”

There was also a moment where Singer told Williams that she doesn’t understand how the attorney and successful media personality, can talk about “suffering.”

“You said you’ve suffered. I said, ‘Looking at you, I don’t think you suffer,’” she told Williams.

The reunion was scheduled to film in early August, but has been bumped to September due to “scheduling conflicts.”

The ‘What If…?’ Creators On Chadwick Boseman, Being Able to Use Spider-Man, And The Return Of Howard The Duck

Sandra Oh’s Upcoming Netflix Series ‘The Chair’ Finally Has A Trailer, And It Looks Fun As Hell

From Tiny Tot to Cute Kid! Coco Austin and Ice-T’s Daughter Chanel Nicole Is All Grown Up: Photos