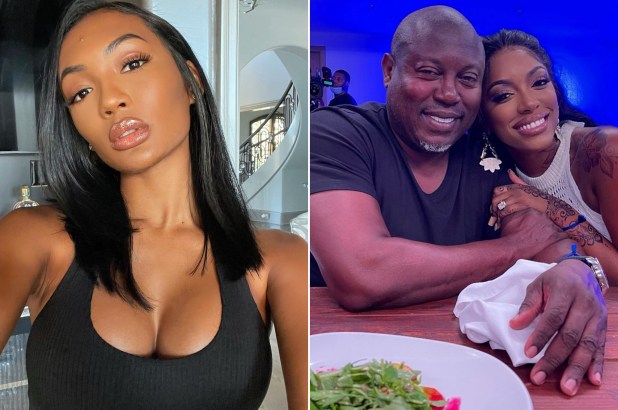 Porsha Williams’ fiancé is a free man — for now.

Falynn seemed happier about the split than Williams, as she posted a message of celebration to Instagram while her fellow Bravolebrity didn’t share her thoughts.

“I’m officially divorced! It’s a party! It’s a partyyy!” she posted in an image Monday, along with a Champaign bottle emoji.

The former couple will have their prenuptial agreement enforced, according to a final judgment that was ordered by the court last week.

While it is unclear what their prenuptial agreement entails, neither party will receive alimony, court records said. Simon and Falynn also agreed to a confidentiality clause — meaning that neither party will be allowed to discuss the details of the arrangement.

However, Falynn is allowed to keep her wedding ring, her 2017 Jeep and 2020 Bentley, court documents said. The court also restored her maiden name, so she will be legally known as Faline Eady.

While it is unclear why Falynn and Simon, 56, split, Simon accused Falynn of cheating on him during their marriage in June.

Simon also denied being unfaithful and offered $50,000 in cash to anyone with receipts of his infidelity.

Meanwhile, Williams, 40, said “yes” to Simon — and a massive engagement ring — in May.

The couple is currently in the midst of planning three weddings, so Simon won’t be single for long.

Alexei Paluyan: To nominate “Lessons of Persian” from Belarus for “Oscar” – how to send Filip Kirkorov to “Eurovision”

AMC, Regal, And Cinemark Have Lifted Their Mask Mandates For Fully Vaccinated Patrons