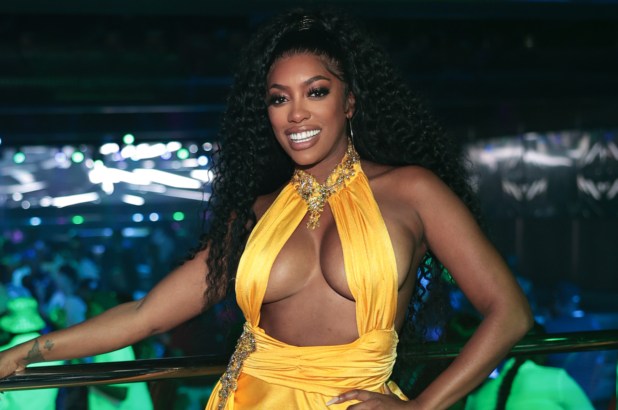 The “Real Housewives of Atlanta” star, 40, announced her exit on Instagram Wednesday alongside a montage video of some of her silliest moments from her time on the show.

“Goodbyes are never easy, and this one is especially hard,” Williams wrote in a lengthy caption, adding that “Dish Nation” has been “one of the most fun, collaborative, exciting, and best-produced shows on television.”

“But as I continuously start new chapters in my life, it means I have to close others,” she continued. “So sadly, August 27th will be my last day at Dish Nation.”

Williams — aside from being a mother of a 2-year-old — has many projects that she is currently working on.

Andy Cohen told Entertainment Tonight this week that the reality star will likely be returning to “RHOA” for Season 14, and she’s also slated to return as one of the co-hosts for the next season of “Bravo’s Chat Room.”

And in May, a source exclusively revealed to Page Six that Williams landed a three-part Bravo special about her life that will begin filming this summer.

Meanwhile, on the personal side of things, Williams shared in May that she is planning three wedding ceremonies for her nuptials to fiancé Simon Guobadia.

Williams did not pin her decision to depart “Dish Nation” on her packed schedule. And she seems to be leaving on good terms, writing glowingly of her fond memories on the show alongside her announcement.

“Since 2013, everybody at Dish has been like family to me,” she wrote on Instagram. “There’s a lot of people I’ve met along this journey that I am incredibly thankful for. Whether it was on-air or behind the scenes, they’ve endlessly supported my career and more importantly, my happiness.”

She also thanked her fellow co-hosts, crew and Fox, the network behind the show.

“Thank you all for an unforgettable run and almost 10 years of my life I am eternally grateful for,” Williams wrote in conclusion. “Keep dishing! Love you.”

On Twitter, the account for “Dish Nation” wrote her a kind send-off message that said, “We’re sad you’re leaving #DishNation, but we’re also incredibly blessed to have had you as a host. You’re an inspiration to us all and you’ll always have a home here with us.”

A rep for the Go Naked Hair CEO did not immediately return Page Six’s request for comment.

‘South Park’ Is Making A Video Game With An Internal Studio

Kate Middleton is following after Princess Diana with her parenting priorities