Morrissey, Blondie, Bauhaus and Devo are among the artists that will perform at Pasadena, California’s rescheduled Cruel World Festival, now set for May 14th, 2022 at Brookside at the Rose Bowl.

The lineup for the 2022 Cruel World Festival largely keeps the artists tabbed for the inaugural 2020 fest — which was canceled due to the Covid-19 pandemic — intact; only Gary Numan and Marc Almond have dropped off the bill. The site of the festival has also changed, from Los Angeles’ Grounds at Dignity Health Sports Park to the Pasadena venue.

Devo’s Gerald Casale said in a statement to Rolling Stone, “The promoters of Cruel World 2020 were indeed prescient with their festival’s title. Covid-19 unleashed a world of pain and put their bucket list line-up of influential artists on ice. In May of 2022 that ice will finally thaw and Devo will be honored to be part of it all.”

In addition to the New Wave and post-punk legends on the bill, newer artists like Cold Cave, TR/ST and Blaqk Audio will also perform during the fest. “We are highly honored and thrilled to join so many of the artists that inspired us for Cruel World,” Blaqk Audio’s Davey Havok said in a statement to Rolling Stone. “Never has a festival boasted a greater lineup. The only true cruelty will be having to miss who performs during our same time slot.”

Morrissey’s planned gig at the 2020 Cruel World was to mark the singer’s only U.S. performance in support of his then-new album I Am Not a Dog on a Chain; instead, Morrissey will likely perform tracks from his upcoming LP Bonfire of Teenagers, which he dubbed “the best album of my life.” 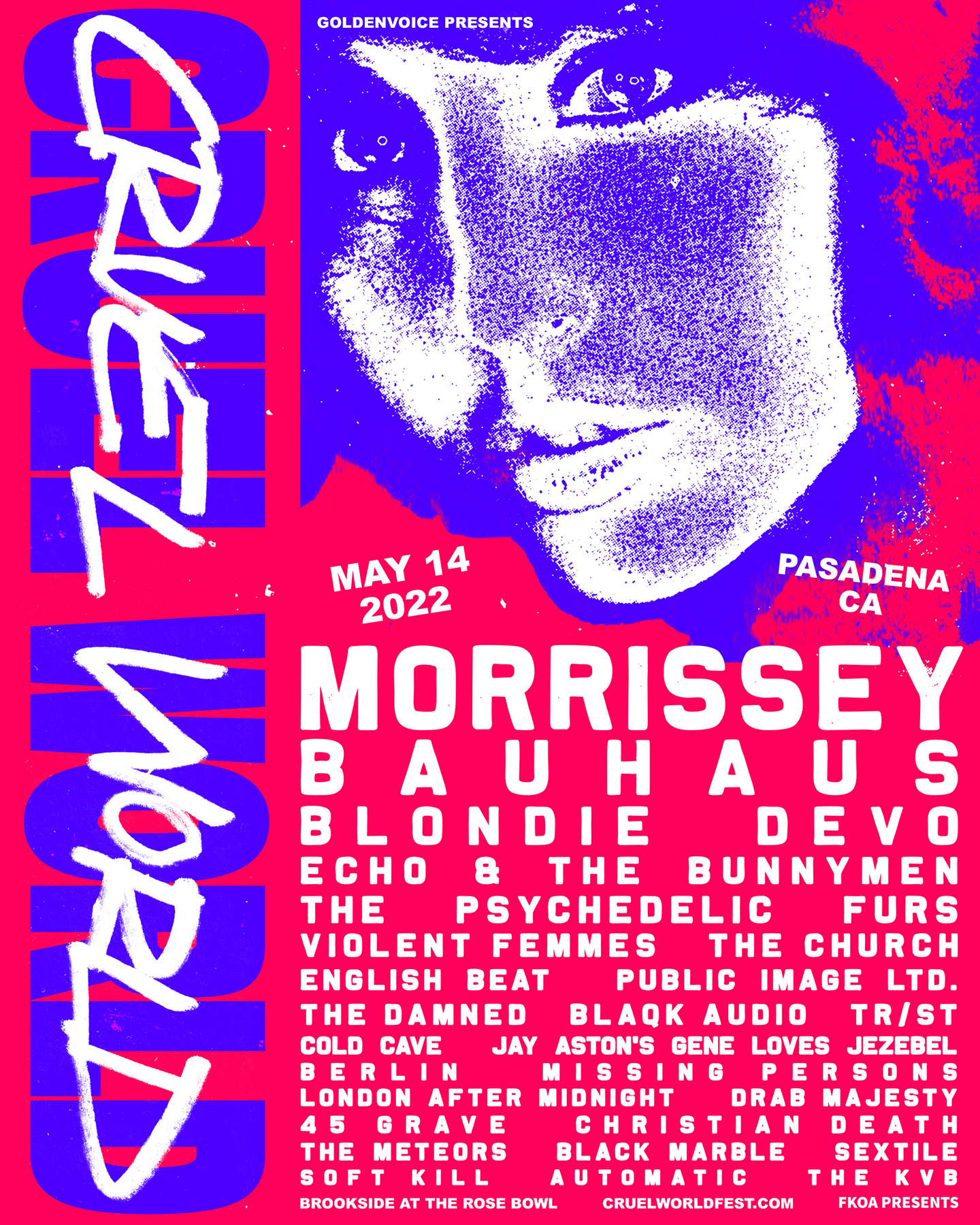