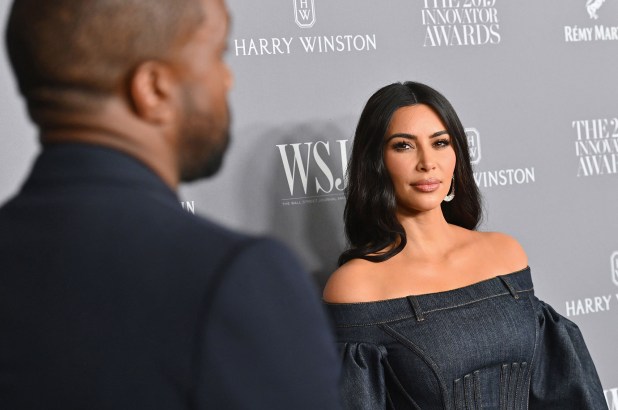 Kim Kardashian sobbed as she detailed her marriage’s issues.
AFP via Getty Images

Kim Kardashian tearfully detailed her marriage struggles with Kanye West during Thursday’s episode of “Keeping Up With the Kardashians.”

During a trip to Lake Tahoe, Kim lashed out at her family over a plate of cookies, which Khloé Kardashian attributed to the Skims founder’s failing marriage.

“Kim has been struggling privately behind camera about her relationship and it’s tough because Kim is clearly redirecting so much of her frustration and sadness and anger,” Khloé said during her confessional. “And, you know, sometimes you just take things out on something that has nothing to do with what you’re going through. It’s not the cookies’ fault.”

The camera then focused on a conversation between Khloé and Kim, during which the Good American founder asked Kim how her relationship with Kanye was progressing. (Kim and Kanye were still together at the time of filming.)

“There’s no fighting, like, now it’s all calm so I just roll with it,” the KKW Beauty mogul said, before Khloé revealed that Kim and Kanye had a fight prior to the family’s Tahoe trip, which Kanye didn’t attend.

“Kim is dealing with so much right now, and it’s tough because before we left, her and Kanye had this big fight,” Khloé told the cameras.

A flashback then showed Kim, 40, sobbing over the state of her marriage, saying the “All of the Lights” rapper, 43, deserved a woman who could follow him to another state while she raises their four kids.

“I honestly can’t do this anymore,” she said through tears as she recapped the fight to her sisters. “Why am I still in this like, place where I’m stuck for years? Like, he goes and moves to a different state, every year, I have to be together so I can raise the kids, you know? And he’s an amazing dad, he’s done an amazing job …”

She continued, “I think he deserves someone that can go support his every move, go follow him all over the place and move to Wyoming — I can’t do that. He should have a wife that supports his every move and travels with him and does everything.”

Kim continued to break down as she deemed herself a “failure” over her third marriage.

Kim was previously married to Damon Thomas and Kris Humphries.

Page Six exclusively broke the news in early January that Kim was going to file for divorce from the “Jesus Walks” rapper.

“Kim got Kanye to go up there [Wyoming] so they could live separate lives and quietly get things sorted out to separate and divorce. She’s done,” our source shared.

The wannabe lawyer ultimately filed for divorce in February.

Why Helen Mirren put on makeup every day during the pandemic

All the ‘Teen Mom’ Engagement Rings Over the Years: Chelsea Houska, Maci Bookout and More

What’s On Tonight: It’s Mark Wahlberg Vs. An Airplane In ‘Infinite’ On Paramount+ And ‘Starstruck’ On HBO Max