As soon as Lollapalooza’s lineup was announced this year, fans online found themselves ogling, confused, at one band in particular: Journey. Although their legendary career needed no introduction, their inclusion at this particular festival did. Lollapalooza is known to cater to underage suburbanites and 20-somethings from the Midwest. There’s a 19-year age gap between the formation of Journey and that of Modest Mouse, the next oldest band on Lollapalooza’s bill this year. Only three other acts also got their start before this century: Jimmy Eat World, Limp Bizkit, and Foo Fighters.

Two hours before their set began, Journey sold around 500 shirts at the merch table in total — a “rough” turnout according to the store manager. At the same time, Limp Bizkit was performing on the same stage immediately before them. The fact the ‘90s rap-rock band was once an unstoppable force on the charts is a mind-boggling phenomenon of its own, and yet, one could argue, they’re coming back in vogue as a sarcastic favorite among millennials following the Woodstock ’99 documentary.

So when Journey finally took the stage just after 8:00 P.M., it was a pleasant surprise to see a sizable group of fans already gathered around the stage, with hundreds more dotting the lawn on blankets. Journey proved themselves to be festival ready with “Separate Ways (Worlds Apart),” a single that still packs a punch nearly 40 years later and sent stragglers into a sprint to get a closer view of Neal Schon in action. Arnel Pineda, the band’s lead singer since 2007, earned audible praise from teens in the back with his festival outfit: flashy sunglasses, bleached white jeans, and a white designer sweatshirt emblazoned with a red apple bearing the Gucci logo. Journey may be old, but they presented themselves as fresh favorites onstage. 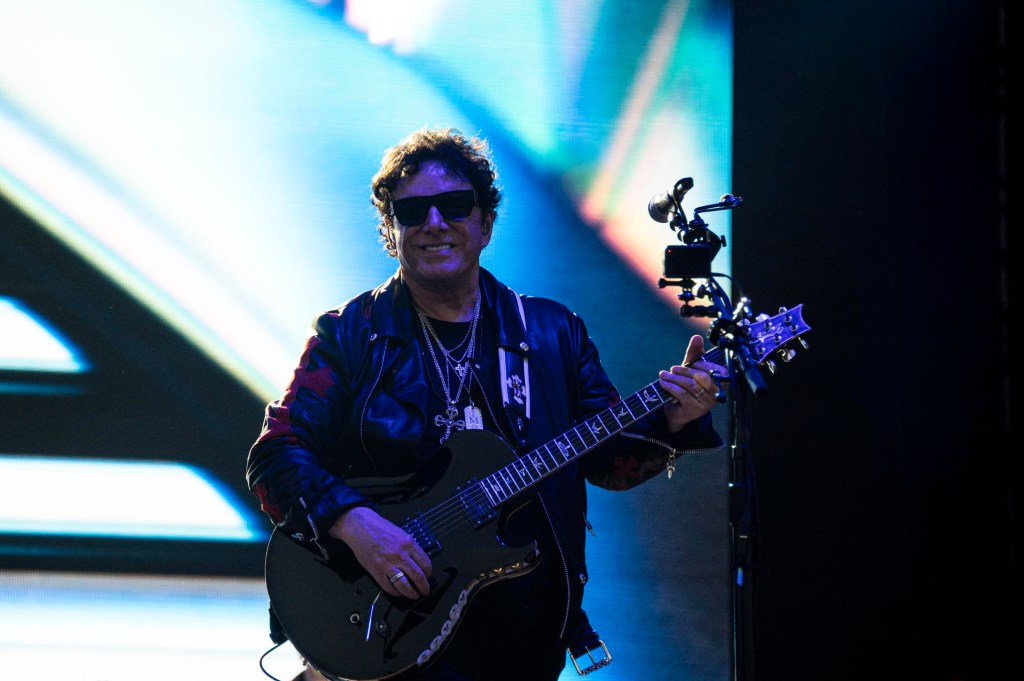 It helps that they let Schon take the steering wheel early on. He unfurled a dozen brimful solos across their set. Watching him play, it’s obvious why Guitar Center hopefuls pass the time trying to effortlessly whip out 100-note solos; people like Schon make it look easy.

The same was true for bassist Marco Mendoza and drummer Deen Castronovo when they stole the spotlight on the gritty “La Do Da,” despite a dull call-and-response that fell flat before their respective solos. Later, older fans erupted into cheers when Journey launched into “Wheel in the Sky” where Pineda got to show off the depth of his vocal range. After turning it over to the rest of the band for a brief jam, he couldn’t help but rock out, jumping and clapping, lost in the moment of their musicianship.

As it turned out, Journey was the ideal band to do the impossible at Lollapalooza: Draw complete families to the festival on an otherwise youth-oriented lineup day. While kids at other stages were busy rapping along to Post Malone or breaking out a sweat to internet phenomenon Marc Rebillet, those watching Journey with their parents were experiencing some good old fashioned bonding time.

One couple swayed along to “Open Arms” with a toddler hoisted atop their shoulders as they rocked their youngest in a stroller, a yellow string of lights roped around its handle. Another family of four appeared to join forces with their son’s friends, who nodded along on a beach towel to “Lights” while the rest stood to watch. The opening notes of “Stone in Love” prompted their teenage daughter to throw both hands in the air, yelp in surprise, and whip around to face her mom. Without missing a beat, the two immediately leaned into one another and started singing along. 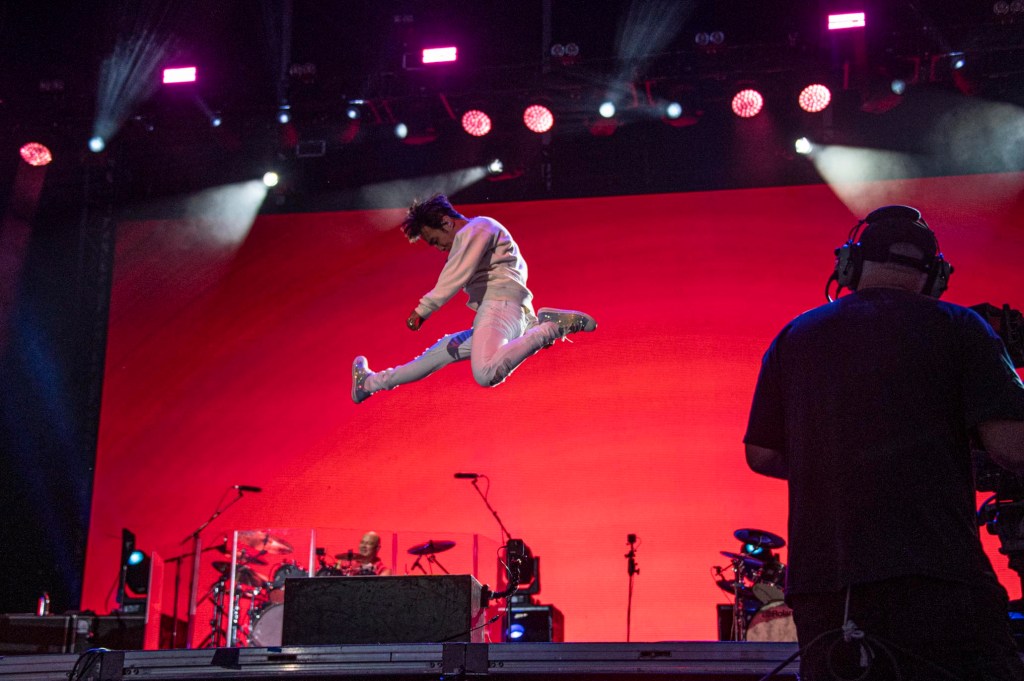 The majority of people gathered around, however, were clearly waiting for Journey to break out the hits. When Pineda asked the crowd how they were doing after the one-hour mark, a man in his 20s barked at him to play “Don’t Stop Believin’.” Instead, they bounced back with “Lovin’, Touchin’, Squeezin’.” By then, thousands of younger attendees were sprawled on the ground around the stage’s perimeter, impervious and content to lounge until the two songs they wanted to post on social media popped up.

Eventually, the wait paid off. Journey sandwiched “Faithfully,” “Any Way You Want It,” and “Don’t Stop Believin’” into the final moments of their set and Pineda, who was pitch-perfect all night, never missed a note. Thousands of people seized the moment and hung onto the feeling, their voices flooding the festival grounds as they sang along and fireworks exploded above the stage.

Journey are veteran professionals when it comes to throwing entertaining concerts, and the fans upfront knew that from experience. But for the young festivalgoers and indifferent onlookers who expected a weathered band of baby boomers to twiddle their thumbs for an hour before breaking out jukebox staples, they got to experience arguably the most underrated feeling a music festival can offer: discovering a different side to an artist’s discography that you overlooked up until then.

Be Good to Yourself

Wheel in the Sky

Any Way You Want It

Returning ‘Dexter’ O.G. Actor John Lithgow Has Offered Insight Into How His Character Will Return

Everything We Know About ‘Sweet Tooth’ Season 2