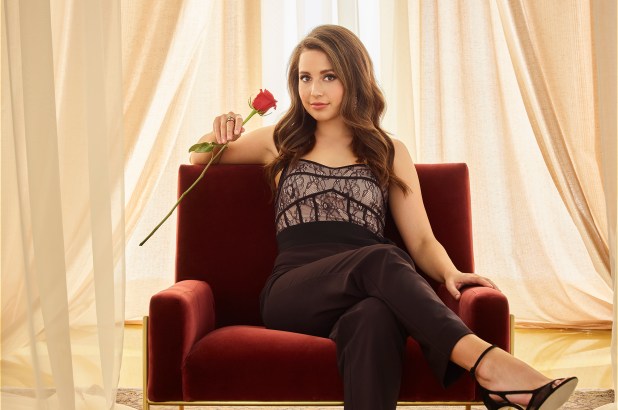 Here’s everything you need to know about Katie Thurston’s 2021 season of “The Bachelorette.”
ABC

Break out the rosé and call your girlfriends because Bachelor Mondays are back!

However, what won’t be back is host Chris Harrison insisting that this will be “the most dramatic season yet.” The 49-year-old got the boot after making some controversial comments last season.

How can I watch?

The show can be streamed on the ABC app with a cable login. For those who don’t have cable, episodes will be streaming on Hulu the next day.

You can catch up on the show’s previous seasons, which are also streaming on Hulu.

This year will air two seasons of “The Bachelorette” with Michelle Young’s season airing sometime in the fall of 2021.

Where was the season filmed?

Katie and “The Bachelorette” 2021 contestants got to know each other at the Hyatt Regency Tamaya right outside Albuquerque, New Mexico.

Who is Katie Thurston?

Katie was a contestant on Matt James’ Season 25 of “The Bachelor.”

The 30-year-old is described in her ABC bio as “adventurous, daring and ready for a man with whom she can build a life.”

Although Katie didn’t make it to Matt‘s hometown round, she remained a fan favorite and “emerged as a leading voice, who repeatedly stood up against bullying and negativity in the house.”

What do we know about Katie’s season?

This season will welcome back some familiar faces, professional athletes and a famous rapper’s brother. The 34 potential men who will be vying for Katie’s love were announced on the official “The Bachelorette” Facebook page.

The men range from ages 26 to 36, which is older than the average age range for “The Bachelor” franchise.

TV spoiler expert Reality Steve revealed that he has reason to believe that Katie found her happily ever after and is currently engaged.

In his podcast, Steve said: “Katie definitely got engaged at the end of this, and unless she breaks up before the finale, which I guess anything can happen, but she’s happy and engaged as we speak, so I’d expect that to last.”

Her season was supposedly so successful that it wrapped early with Katie knowing exactly what and who she wanted.

Jessa Duggar Reveals She’ll Be Giving Birth in a Hospital Amid 4th Pregnancy: It Will ‘Be Different’

The 2021 Met Gala will require guests be vaccinated, masked indoors