Certain periods in history are so ripe for dramatization, it’s hard to believe they haven’t gotten the treatment sooner.

Shortly after surviving a bout with the flu during the 1918 pandemic, negotiating the Treaty of Versailles, and cutting short a train tour to promote the formation of the peacekeeping League of Nations due to health issues, President Woodrow Wilson suffered a serious stroke. Protective of her husband and his power, First Lady Edith Wilson shielded him from intruders and helped him run the country from his bedside while he recovered. 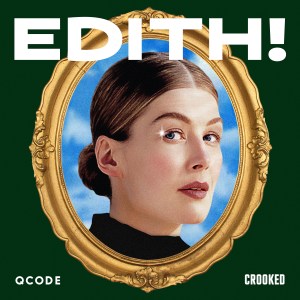 Historians have long debated the extent of Edith’s involvement in governing. Some have even referred to her as the nation’s first woman president. Edith herself denied making any important decisions in her autobiography. But no one knows for sure.

Pike is flanked by Clark Gregg, Esther Pavitsky, D’Arcy Carden, and other comedic talents. With a witty, irreverent script by TV writers Gonzalo Cordova and Travis Helwig, the eight-part series follows Edith’s story during the aftermath of Wilson’s stroke. Antics and carryings-on ensue. “Spending time in Edith Wilson’s world was an emotional rollercoaster, one which was made out of wood and built before safety inspectors existed,” Cordova said in a statement.

The series is the first fiction offering from Crooked Media, better known for politics podcasts like Pod Save America. “Travis and Gonzalo blackmailed me into making this show,” said Crooked co-founder Jon Lovett. “Now that I’ve heard it, I’m thrilled they did.”

‘World War Z’ Is One Of The Highest-Grossing Movies At The Box Office, Thanks To ‘A Quiet Place Part II’

It’s Time To Meet King Shark, Ratcatcher 2, And The Rest Of ‘The Suicide Squad’ Weirdos In A New Featurette

An OnlyFans Influencer Was Murdered. Now, Other Models Are Terrified