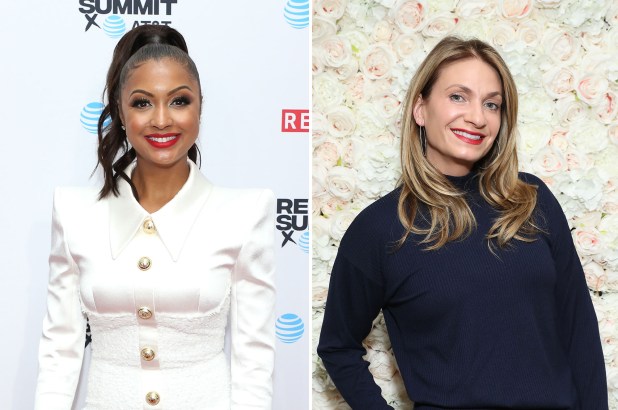 Heather Thomson may have quit the “Real Housewives of New York City” mid-season. But the bizarre, racially charged tension between Thomson and Eboni K. Williams persists off-camera, it seems.

Page Six has learned that the pair had it out in a phone conversation last week after Thomson jaw-droppingly said she “agreed” with an Internet commenter who called Williams a “race baiter.”

When Thomson — who has made occasional appearances on the Bravo since she stopped being a full-time cast member in 2015 — returned to the show this season, she positioned herself as an ally to Williams, attempting to help her to navigate her debut season as the show’s first-ever black cast member.

We’re told that she believed her experience working for fashion brands founded by black celebrities, including Diddy and Beyonce, would allow her to act as a “bridge” between Williams and her WASP-ier castmates.

But the plan blew up after Williams said in the press that Thomson’s intervention in a tense but productive discussion she had with veteran cast member Luann de Lesseps about race in last week’s episode did “more harm than good.”

In the interview, Williams accused Thomson of “whitesplaining” and attempting to be an unwanted “translator” for her.

On the show, Williams also said Thomson was guilty of a “micro-aggression” for patronizingly calling her “articulate.”

In an Instagram comment, Thomson claimed that Williams’s feelings on the matter were not genuine, but an attempt to “change the narrative” to deflect attention from an ugly battle between Thomson’s and Williams’s pal and castmate, Leah McSweeney.

“It’s low and sad to see,” Thomson wrote, “I would have thought negative campaigning would be below Eboni buts she’s shown us that it is not.”

More stunning still, when a supporter of Thomson’s commented, “Eboni needs to go. She doesn’t fit and she’s a race baiter,” Thomson replied, “I have to agree with you. Hers is not a class I want to take.” (The comment was deleted, but not before it was captured by the Queens of Bravo account.)

We’re told the remark sparked a “conversation” between Williams and Thomson.

A source told us the comment, “was an error.”

“It was immediately taken down and Eboni and Heather have spoken about it personally,” they added.

Lin-Manuel Miranda Responds to ‘In the Heights’ Colorism Criticism