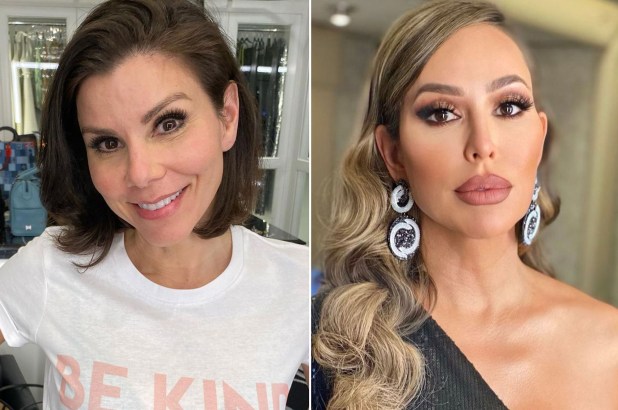 Heather Dubrow says that anyone who thinks she was the orchestrator behind Kelly Dodd’s “RHOC” exit has been sorely “misguided.”

The reality star — who is set to return for Season 16 of the hit Bravo show — addressed the rumors swirling that she only agreed to return if they gave Dodd the boot.

“I think you would know that anyone that thinks they have that kind of power on a show like this is really very misguided,” Dubrow, 52, told E! News’ “Daily Pop.”

She added, “Having said that, when I left the show I felt like the culture of the show was changing and it wasn’t really in line with who I am or something that I felt comfortable in.”

Dodd, 45, and Dubrow — who starred in Seasons 7 to 11 (2012-2016) — had previously butted heads during their time on the show, at one point getting into an explosive argument during former castmate Meghan King Edmonds’ sushi dinner.

Dubrow was initially contacted by Bravo last year about returning to the show, an offer she initially laughed off.

The former “Housewives” star explained that she wanted to guarantee the show was going to be moving into a direction that was “helpful, not harmful” to her and her family before agreeing to rejoin.

Controversial Dodd faced backlash again earlier this month after claiming Dubrow’s 16-year-old son had infected her with the coronavirus.

Asked whether fans will see other former “Housewives” like Tamra Judge and Vicki Gunvalson on season 16, Dubrow said it would “be really fun to bring back what a lot of people consider the golden years of the show.”

She added, “And so I think what the audience wants is the fun. Drama always happens but back in the day it was drama like she broke the bow off my cake or something silly.”

Here’s Everything New On Netflix This Week, Including ‘Gunpowder Milkshake’ Another Dose Of ‘Fear Street’