The last time the Foo Fighters headlined Lollapalooza’s flagship festival in Chicago in 2011, the band appeared to have the power to control the skies. During “My Hero,” every guitar stroke seemed dramatically timed to each torrential downpour, eliciting buoyant cheers from the crowd. Back then, weather was the typical worry at an outdoor festival. Now, of course, the main concern over large gatherings such as Lolla is the potential to become a super-spreader event.

In a press conference on Sunday morning before the festival resumed for its fourth and final day of 2021, Mayor Lori Lightfoot gave an update on Covid-19 and, along with the Chicago Department of Public Health Commissioner Dr. Allison Arwady, discussed Lollapalooza. Lightfoot said, “90 percent of the people that are at Lolla are vaccinated” (although it was unclear who provided the data for that statistic) and that the festival had done a good job with the protocols. She said Lollapalooza is only one of many large outdoor gatherings the city has held this summer and that Chicago’s been able to reopen carefully because of the emphasis on getting vaccinated. “I feel very good about what we’ve done,” she said. “Obviously we’ll know a little more in a week to 10 days.”

Addressing videos that showed attendees holding up their vaccination cards as they quickly went through gates with what appeared to be little examination, Lightfoot said that she and Arwady visited the gates themselves and that they were “comfortable” that the protocols that were put in place were solid, adding that the fest had even turned “hundreds” away.

On Friday, city health officials recommended universal mask-wearing indoors, and the festival followed suit with the guidelines, requiring attendees to wear a mask in indoor spaces on the grounds starting on Saturday. On Sunday morning, Lightfoot also gave a stern warning that anyone riding the CTA — Chicago’s public transportation system which is flooded with riders getting to and from Lollapalooza’s four-day run — should wear a mask.

The press conference was not the only Lollapalooza-related breaking news that morning. The festival announced that it would be removing DaBaby, one of its headliners from the lineup, following the rapper’s homophobic remarks at Miami’s Rolling Loud. He was replaced by Young Thug, while G Herbo took Young Thug’s previous daytime spot on Sunday. “Lollapalooza was founded on diversity, inclusivity, respect, and love,” the festival tweeted. “With that in mind, DaBaby will no longer be performing at Grant Park tonight.” 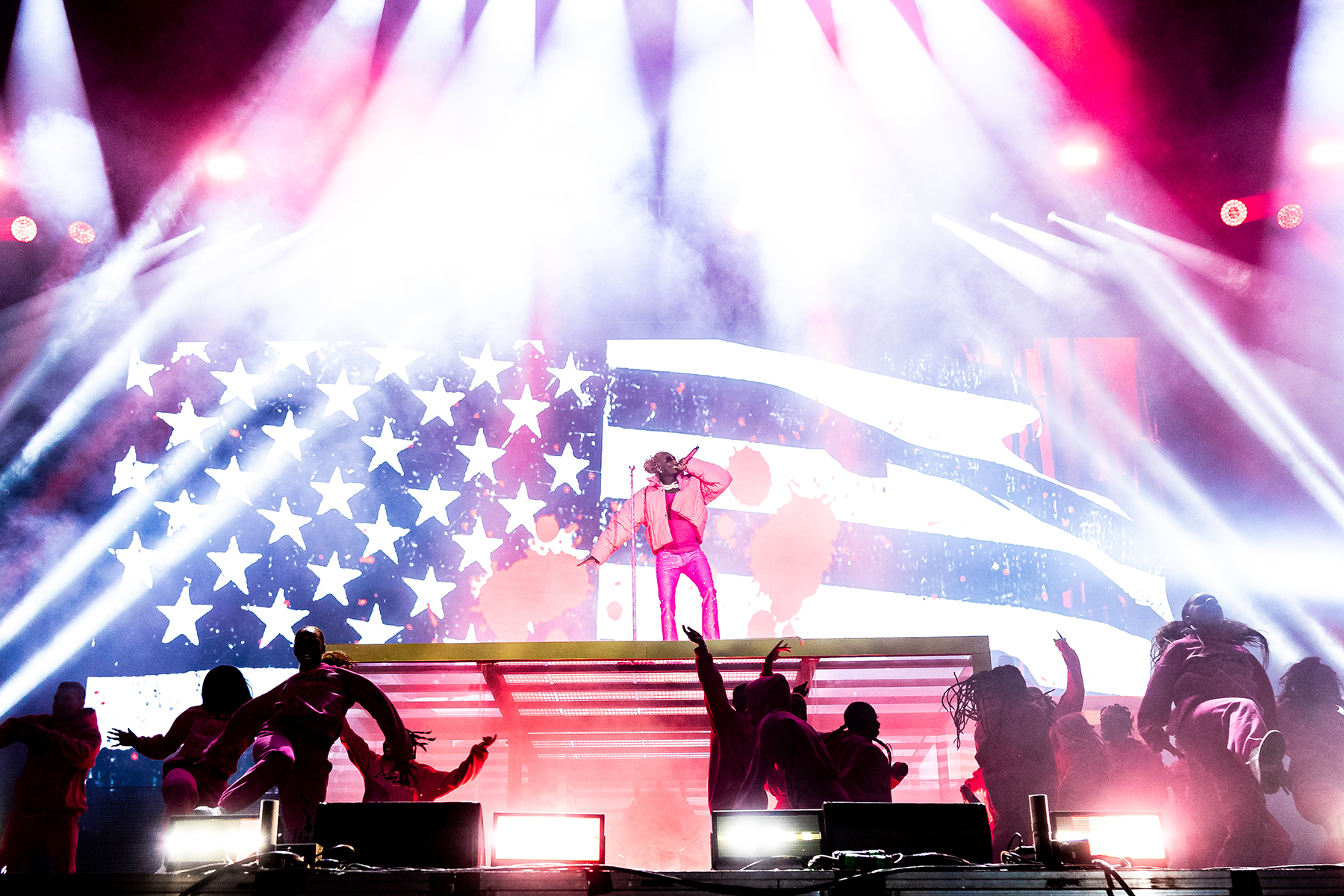 All this before gates even opened, but once they did, the lineup changes proved to be a wise choice. G Herbo adeptly slid into Young Thug’s late-day mainstage slot, drawing an enthusiastic, large crowd for his compelling set, which included guest turns from fellow hometown artists Chance the Rapper (“PTSD”) and DCG Brothers (“Mmhmm”). Later, Young Thug’s vibrant last-minute headlining turn on the opposite side of the field from Foo Fighters included guest Gunna, and was packed with fans who sang along to the bars.

Meanwhile, on the mainstage, just as threatening thunderstorms didn’t stop the rock in 2011, the pandemic didn’t quash it, either — at least not on the last day of Lollapalooza 2021. Foo Fighters are the quintessential festival band, whose anthemic, hit-filled material — coupled with frontman Dave Grohl’s magnetism and humor — is an ideal match for the setting. And the fest veterans did not disappoint the fans who packed the field tightly on their side of Grant Park. The stalwarts primarily stuck to their tried-and-true set list from recent shows. They opened with “Times Like These,” which has taken on new resonance in our current pandemic era, and they delivered their greatest hits — “The Pretender,” “Learn to Fly,” and “My Hero” among them.

Grohl is a consummate performer, swiftly working all sides of the stage while also engaging the audience in friendly banter and communal participation. His connection to Chicago runs deep, as he recounted with his story of seeing beloved Chicago punk band Naked Raygun at age 13 at the Cubby Bear in the city’s Wrigleyville neighborhood. “It changed my life,” he recalled. “I wanted to do this the rest of my life.” Some “235” penned songs later, he said he wanted to perform them all. And while that couldn’t happen, he would deliver as many as the two-hour set time would allow.

Beyond their own anthemic hits, the band also dropped their cover of Bee Gees’ “You Should Be Dancing” and for their rendition of Queen’s “Somebody to Love,” Grohl made a return to the kit while drummer Taylor Hawkins took on lead vocal duties. It was a family affair to boot: for Grohl’s daughter Ophelia, they sang “Happy Birthday,” and he and his daughter Violet sang their cover of X’s “Nausea.”

Eli Roth On ‘Fin’ (His Real-Life Horror/Shark-Week Movie On Discovery+), And How He Embraced His Biggest Fear