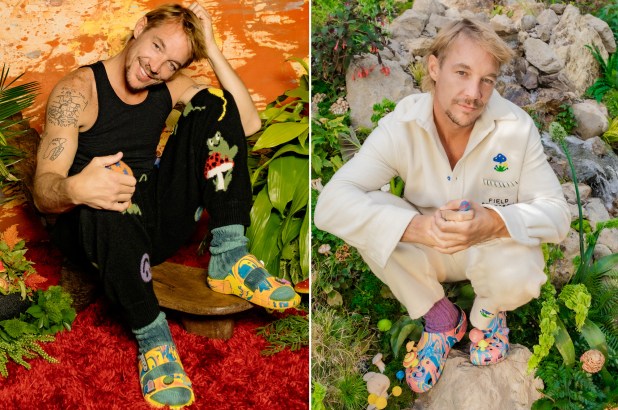 Diplo is the latest celebrity to team up with Crocs, designing the trippiest and most unique collaboration yet.
Courtesy of Crocs / Emma Marie Jenkinson

Diplo is the latest celebrity to team up with the footwear company, releasing the trippiest and most creative pairs yet.

Meanwhile, the Diplo x Crocs Classic Clog ($69.99) features a pink, blue and yellow paint-inspired design loaded with out-of-this-world mushroom Jibbitz that stand up tall, as if they’re growing straight up from the foot.

The limited-edition collaboration will be available exclusively on crocs.com beginning June 8 at 12 p.m. ET.

However, lucky fans may be able to nab a pair before the official release date; to kick off the launch, Diplo and Crocs will be giving away 1,000 pairs of the shoes during a performance streamed on Mad Decent’s Twitch channel on June 3 at 8 p.m. ET.

Marc Jacobs on his plastic surgery: ‘No shame in being vain’

Everything to Know About Gua Sha Facial Massage

Sophie Turner dyes her hair red, returns to her ‘Game of Thrones’ look