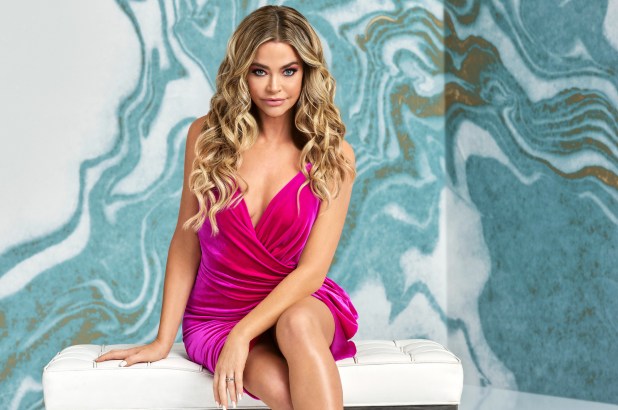 Denise Richards is keeping an open mind when it comes to returning to “The Real Housewives of Beverly Hills.”

“I really did enjoy working on the show — I shouldn’t even say working on it — I liked being a part of the show,” the “Wild Things” star, 50, told “Entertainment Tonight” Thursday. “I had fun with most of the women, not all.”

In July, Richards’ former “RHOBH” and real-life pal Garcelle Beauvais told Andy Cohen that Richards “wants to come back” to the show but with a slight caveat.

When Cohen, 53, asked Beauvais if the person in question’s initials were “LR” — implying Lisa Rinna — the “Real” co-host’s jaw dropped and she burst into laughter without confirming or denying.

Richards also told “ET” that she is aware her name is sometimes still brought up by other “Housewives” on the current season of “RHOBH.”

“I’m going to ask them, ‘Do I get paid for every time my name comes up?’” she quipped.

The “Drop Dead Gorgeous” star then admitted that she “just started watching” the most recent episodes of the series — in which Erika Jayne’s divorce and legal troubles have been the main storyline.

“I always say, ‘Never say never,” she concluded on talk of a comeback.

Richards was a full-time cast member on “RHOBH” during Seasons 9 and 10.

She left with two seasons under her belt after “RHOBH” alum Brandi Glanville accused her on camera of cheating on her husband, Aaron Phypers, with Glanville.

Richards repeatedly denied the tryst on the show and in the press.

However, despite the drama, the “Bold and the Beautiful” actress told Beauvais last September that she really quit because she wanted to work on other projects.

“Obviously, my second season was very challenging,” she said on “The Real.” “You know, I went back and forth with it, and at the end of the day, I decided it was time for me to move on and focus on other projects that I have. I’m glad that I did it though.”

Page Six also reported that same month Richards had asked for an “excessive” amount of money to return to the show.

‘Sweet Tooth’ Is A Savory Slam Dunk With (A Gentle) Bite From Robert Downey Jr.’s Move Into The DC Realm

Yeri Han Honored the Women in Her Family with Minari

What’s On Tonight: ‘Cruel Summer’ Cranks Up The Drama, And ‘Mike Tyson: The Knockout’ Comes To An End