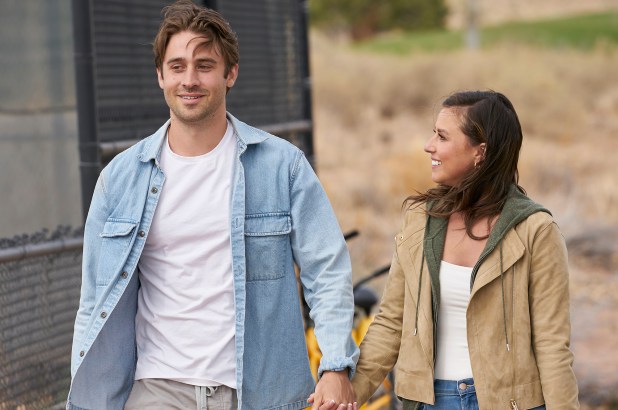 “Bachelorette” Katie Thurston posted about “gaslighting” after her fight with Greg Grippo.
ABC

Thurston, 30, took to her Instagram Stories after Monday’s episode to repost an explainer on “gaslighting,” which the account @soyouwanttotalkabout defined as “a form of emotional abuse or psychological manipulation involving distorting the truth in order to confuse or instill doubt in another person to the point they question their own sanity or reality.”

The post also explained the origin of the term and offered tips “to protect yourself from gaslighting.” It ended with the message, “You are not alone.”

After meeting Grippo’s mother, brother and best friend, Thurston sat down with the New Jersey native to talk about their evening with his family. He told her that he had not “been this happy in the longest time” and tearfully opened up to her about his father’s death.

Grippo then revealed that he was “in love” with Thurston and implied that he was ready for them to get engaged. However, she had made a rule in the beginning of the season that she would not drop the L-word until the finale, so she did not reciprocate his feelings.

“I just love looking at you,” Thurston instead said as Grippo’s smile instantly faded.

The next day, the marketing sales representative showed up at Thurston’s hotel room looking for answers. They ended up getting into an argument when she brought up him getting a rose.

“I don’t give a f–k about the rose. I was just telling you that you filled a hole in my heart,” he responded, adding that he had reached his “breaking point.”

Grippo then walked out, and Thurston was later seen crying on the bathroom floor.

Did you spot this fashion Easter egg on ‘Gossip Girl?’

‘Bakosó: AfroBeats of Cuba’ Captures the Moment When Genres Collide