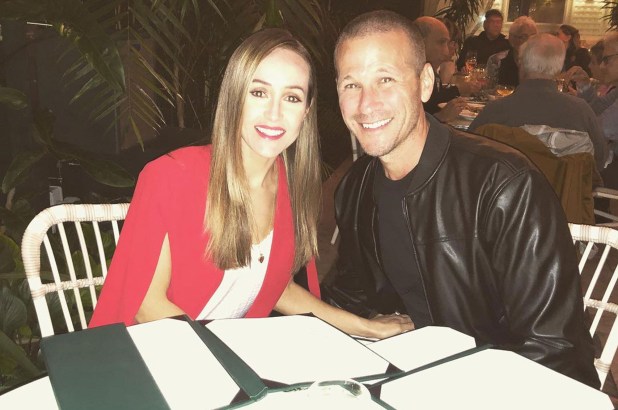 The pair, who wed in 2012 and share 6-year-old son Fordham and 4-year-old daughter Essex, announced that they were parting ways in October 2020.

“Please please please know that there is no one to blame, that there’s no event that triggered this decision, that no one is the victim, and that we’ve done absolutely everything we possibly can to try to salvage this marriage,” Rosenbaum explained in an Instagram post at the time.

He added, “I think we’ve both come to realize that we are just two very different people, with very different personalities and perspectives, who just don’t see eye to eye on a lot [of] life fundamentals, those which are the building blocks for a happy and healthy marriage.”

The reality TV stars have been very open about making sure to prioritize their children’s well-being while co-parenting through their breakup.

“Divorce is hard no matter what,” Hebert wrote on her Instagram Story in May (via Us Weekly).“But I can always count on @_jprosenbaum to take the kids out on adventures together filled with fun activities. Thank you! Grateful.”

Nearly four months after their split, Rosenbaum revealed that he was ready to start dating but didn’t quite know how to get back into the game.

“I like things to happen organically, hopefully. But at the same time, that’s not the world we live in right now. It’s not like we’re going out to bars,” he told E! News amid the pandemic in February. “Would you date someone who reached out to you through Instagram? I have kids that I have to think about. You don’t know what their motives are, so that frightens me. But then again, how is that any different than meeting someone on a dating app?”

He and Hebert originally met in 2011 on Season 7 of “The Bachelorette” and tied the knot in a wedding ceremony that was televised on ABC in December the following year.

Page Six has reached out to their reps for comment.

Joel McHale On The Best Wedding Cake He’s Ever Had And His New Show, ‘Crime Scene Kitchen’

Savannah and Chase Chrisley Say Kyle Is ‘Doing Really Well’ After Struggles: ‘We Forgive Him’

Reik and Rauw Alejandro Team Up for Unexpected Collaboration ‘Loquita’