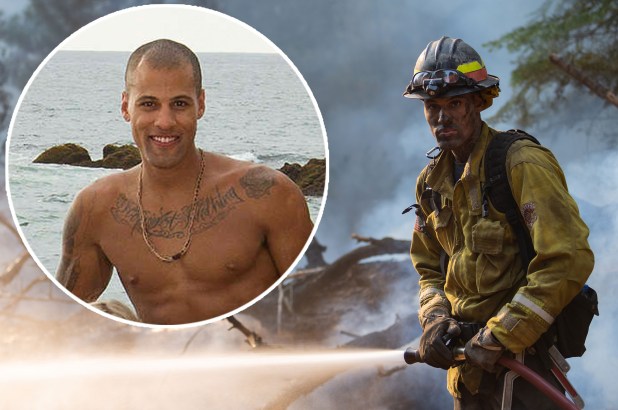 “Bachelorette” and “Bachelor in Paradise” alum Grant Kemp is working to put out the Dixie Fire in California.
Daniel Brown/New York Post

The “Bachelorette” and “Bachelor in Paradise” alum, 32, was photographed hosing down trees and fighting the elements in Aug. 13 shots obtained exclusively by Page Six.

While Kemp said during a phone interview Tuesday that he “doesn’t really put it out there” that he has been a firefighter for almost seven years, fans may remember it was his job title on the ABC series.

That said, he was grateful to be recognized for his work helping others as the Dixie Fire has burned down over more than 600,000 acres of land, making it the second-largest wildfire in the state’s history.

“I signed up to go,” Kemp told us, noting that his fire station unit is based out of Alameda County, Calif. “I don’t work as much as I used to, but I still do work. I just knew that they needed resources and stuff, so I just went.”

He later explained of his career choice, “At the end of the day, the reason I signed up for it is because I like to help people. All of the egotistical s–t aside, that’s what I like about it. What isn’t as fun and what you don’t see is all the horrible s–t [firefighters] see. All everybody sees in the public is, like, all the hero stuff. … It’s not as glamorous [of a] job as the media makes it look like.”

Kemp also said with a laugh that his family was probably more shocked that he ended up competing for JoJo Fletcher’s heart on TV in 2016 than they were when he decided to become a firefighter.

“My family wasn’t surprised because I was always into extreme sports and, like, basically any chance there was to have risk involved, I was probably involved in,” he said.

“So it’s not like they were surprised,” he added. “Were they worried about it? Sure. I mean, at the same time, I think that they kind of understood that it fits the personality that I have and, like, how spontaneous I am.”

Kemp noted that he “would say that there’s just a lot more to [him] than what people saw on TV because the version of [himself] that people got on TV was edited and kind of watered-down a lot.”

When Kemp isn’t saving lives, he told us that he decompresses by making music.

He began releasing some of his own tracks after his stints on the “Bachelor” franchise. He even collaborated on a remix of one of his songs with “Vanderpump Rules” star James Kennedy.

And while he previously told us that “The Bachelor” has become all about contestants competing for social media followers, Kemp is looking forward to a new reality show that he is putting together with his girlfriend called “Not Famous.”

The show is currently in production and is being shopped around to networks.

‘The Bachelorette’ star Katie Thurston gets engaged to Blake Moynes

Dale Moss and Clare Crawley break up ‘for good this time’